How to choose the right product for small pitch LED display and LCD video wall?

Among large-screen display products, LED display screens and LCD video wall display are called two mainstream display products. However, because they can achieve the effect of large-screen display and have a certain application overlap, many users usually do not know which one to choose. Of course, if you use it outdoors, because the LCD video wall does not have the waterproof function, it can only be used indoors, so you can also directly choose the LED display. However, in some indoor occasions, LCD video wall or LED display screens can be used, such as advertising, information release, order and scheduling, etc. how to choose led vs lcd video wall? 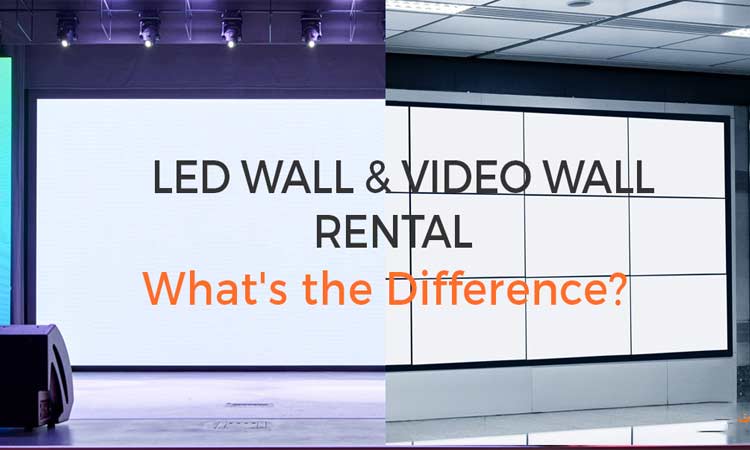 1. According to the total budget


The cost of using different products is definitely different, but if you compare led vs lcd video wall, they will not be treated equally, because the price of LED display is the size of the dot pitch. The smaller the dot pitch, the higher the price.

The price of LCD VIDEO WALL is calculated based on size and seam size. Basically, the larger the size and the smaller the seam, the higher the price. For example, the price of 55 inches 3.5mm is several hundred dollars, if it is 0.88mm, it will be 30% higher.

But relatively speaking, the price of LCD video wall displays screen will be more advantageous.


The LED display is more suitable for long-sightedness, while the LCD VIDEO WALL is more suitable for close viewing. The reason is that the resolution of the LED display is low. When viewing at close range, if there are obvious pixels on the screen, it feels unclear. If it is an LCD VIDEO WALL screen, such problems will not occur. If you look at it from a distance, concerns about resolution will disappear.


The advantage of the LED display is that it is seamless, so it is more suitable for full-screen display, such as playing some videos and promotional videos. Its advantages can be fully utilized, but its color richness is not as rich as the LCD VIDEO WALL screen, which is why the home TV is an LCD TV.

At the same time, the brightness of the LCD VIDEO WALL is lower than that of the LED display, and it will not be dazzling when viewed, so it is also suitable for long-term viewing. The LED display will be very dazzling because it is too bright.


If in the monitoring room, small and medium-sized meeting room, company exhibition hall and other occasions, we recommend using LCD VIDEO WALL, because its technical acteristics are more suitable for these occasions. If used for publicity and press conferences, LED displays can be used. If it is a command and dispatch center, you can consider both at the same time. It's just that the LCD splicing screen has stronger decoding capabilities, while the LED display screen is more complete. Both have advantages.

A brief summary of their corresponding advantages and disadvantages is as follows:

A1. Features of LCD splicing screen:

1. High definition
One of the advantages of LCD VIDEO WALL is its high resolution. The resolution of each screen is 1920*1080. The spliced resolutions can be superimposed, so that full HD display can be realized, for example, 4K video can be played, so we see LCD VIDEO WALL The definition is very high.

2. Appropriate brightness
The brightness of the LCD VIDEO WALL is the same as that of a TV, which is suitable for long-term viewing without glare. If the LED display is used indoors, it will feel high brightness, which is harmful to the eyes.

3. High contrast
The contrast between light and dark is strong, and the picture is delicate and rich;

5. More powerful display function
Conference room video wall can realize the segmented display in a single screen, and can also realize the display of multiple computer signals on different screens, with powerful display functions. If there are 5 computers in a conference room that need to be displayed on the screen at the same time, the computer signal can be distributed to each LCD splicing screen and the matrix can be switched.

A2. Disadvantages of LCD VIDEO WALL

1. There is a border
Conventional LCD VIDEO WALL is limited by the LCD panel itself, there will be a border around the screen, so that a gap of several millimeters wide is formed after splicing, which looks like a black edge. If the full-screen display is adopted, it will affect the audience's viewing experience. The seamless LCD splicing screen product launched by our company indirectly realizes the elimination of splicing and achieves the splicing effect.

2. Can only be used indoors
The LCD VIDEO WALL is mainly an LCD panel with electronic components inside. It is not waterproof and is only suitable for indoor dry environments.

B1. Features of LED display:

1. Seamless splicing
The splicing large-screen display technology can never avoid the influence of the physical frame when it meets the needs of customers to the maximum. Even the ultra-narrow-edge DID professional LCD screen still has very obvious splicing seams. Only the Maipu brilliant LED display makes the splicing The seam meets the seamless requirements, and the advantages of seamless splicing of high-density small-pitch LEDs are highlighted.

4. High contrast, faster response speed and high refresh frequency
The number of times that the electron beam repeatedly scans the image on the screen. The higher the number of scans and the higher the refresh rate, the better the stability of the displayed image (picture). The lower the refresh rate, the more flickering and shaking the image, and the faster the eyestrain. With high refresh rate, Maipu brilliant LED small-pitch screen can capture images stably, without ripples and black screens, with clear image edges, and accurately restore the true information of the image.

5. Naturalization of color restoration
Adopting the internationally leading point-by-point correction technology, using the LED light-emitting principle, completely retaining the authenticity of the color, avoiding the color loss and deviation caused by other display technologies such as the backlight projection material and the light running path, and realizing the true color reproduction.

6. Three-dimensional visual experience
When the customer chooses to use the 3D playback mode, the splicing wall will present stunning high-definition images, whether live TV, exhibition display, or digital advertising, can fully interpret the wonderful vision, allowing the audience to enjoy an extraordinary visual experience.

B2. Disadvantages of LED splicing screen 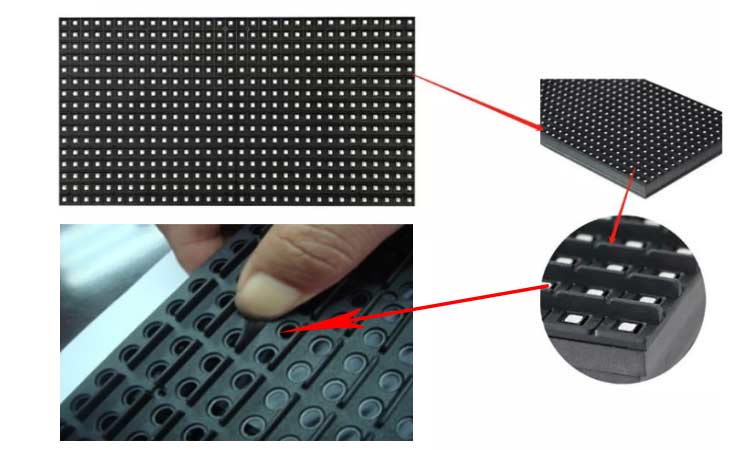 1. Pixel loss
LED has a natural defect. The 1mm seam between display units that cannot be eliminated at all can consume at least one display pixel. Cannot display clear details like LCD VIDEO WALL.

Take the small-pitch LED display of P2.5 specification as an example. It has a total of 160,000 lamp beads per square meter; if the spacing is further to the level of 1 mm, there will be 1 million lamp beads per square meter. According to the standard requirement of "no more than 3 dead pixels" on the LCD screen, it is almost impossible for the LED display to reduce the dead light rate to three parts per million.