The advantages of LCD video wall 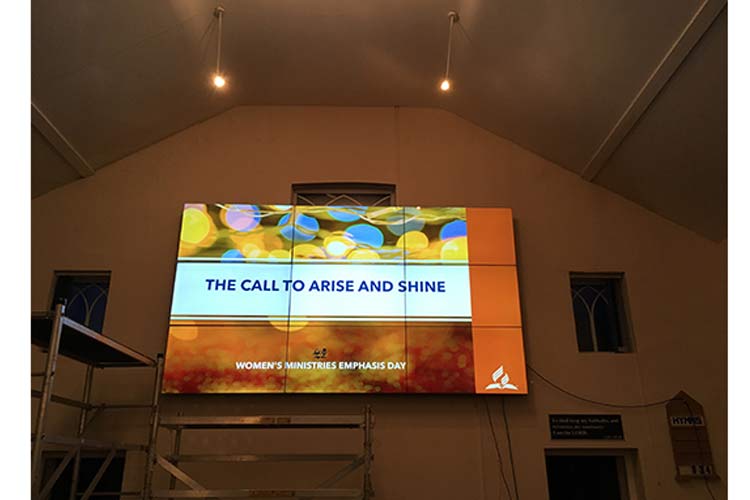 1. The exhibition hall has limited space, and the splicing screen has a large viewing angle, so that visitors from left to right and from front to back can clearly see the screen.
2. The splicing screen has high resolution, bright picture, high contrast, and the image and text appear clearer.
3. The splicing screen is ultra-thin and light, and looks more technological and fashionable.
4. The number of splicing can be selected arbitrarily (row (m) × column (n)), and the size of the screen can also be selected to meet different display needs.
5. Easy to operate and powerful. In addition to the advantages of display, LCD splicing screens also have the advantages of long life, low maintenance costs, low power consumption, low heat generation, long trouble-free time, and low maintenance costs. Therefore, it replaced the traditional display screen and became the mainstream.


Why invest in a video wall system when you can use a large screen or projector instead? Indeed, video walls can be more expensive and require a more complicated setup process. But when it comes to critical tasks, the benefits greatly exceed the costs.


Think of your video wall as a large blank canvas. Although a video wall is composed of many individual blocks, a sophisticated control system allows you to display outside the boundaries of a single video wall panel. Content can span multiple displays or even entire video walls. Compared with a projector or a single screen, a video wall allows you to display more content in more space. Various sources from the computer to the cable feed can be combined and displayed together. Native content, streaming media feeds, and video conferences can exist side by side on the video wall display. Can the projector do it? the answer is negative.


In mission-critical environments, the clarity of the data is critical. Operators use the splicing screen of the command center to share and display important real-time data. Therefore, the visual quality of the monitor you choose plays a significant role in the success of your operation. In every field from resolution to brightness, the splicing screen system prohibits all other choices.