Japanese customers are actively preparing for the 2020 Olympic Games

Japanese customers are actively preparing for the 2020 Olympic Games,the following pictures  are with the  important games, 49 inch floor standing digital signage with Tokyo 2020. 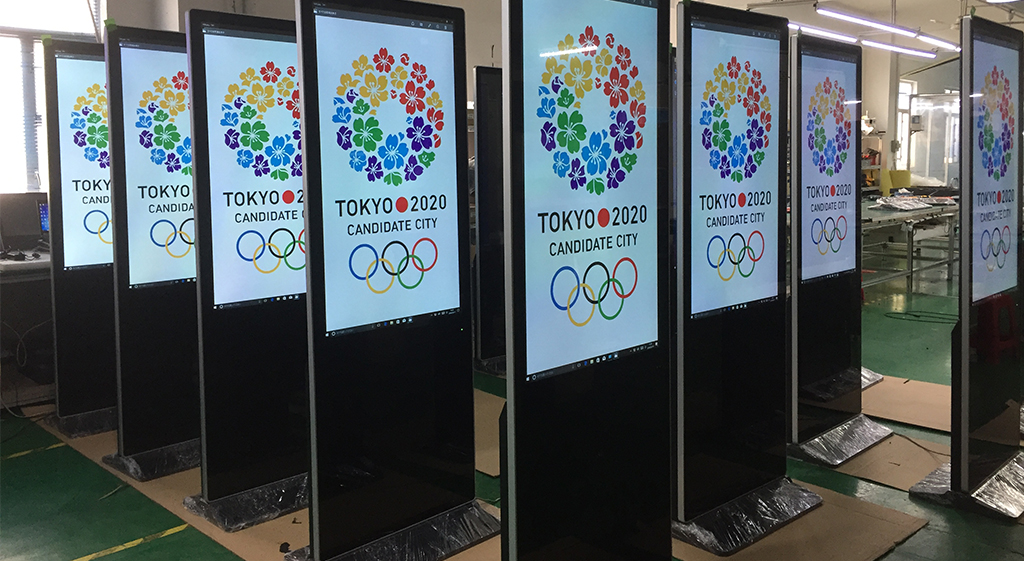 Many domestic and foreign companies began focusing its attention on the Olympic Games, the Olympic program as a strategic resource scarcity media, become a business brand marketing battleground. Olympic Games is not only the people's prosperity, but also the prosperity of the world. For any business, this is a rare opportunity to establish their own brand image. In the face of such a golden marketing opportunity, Ya Schindler actively play their own advantages to develop suitable for floor standing advertising display sporting spirit of the Olympics.

The application of floor standing digital signage is actually not a day or two. There were digital signage a few years ago. However, in the large market of the sign industry, the current proportion of digital signage is still very small, and we can usually watch it in high-end commercial venues. The figure of digital signage can also be seen in government and administrative service places. In other scenes, it is relatively rare. Why does this happen? Fundamentally, there must be a wide range of restrictive factors.

Floor standing digital signage cost is too high. From the perspective of a single identification product, the  floor standing digital signage cost is definitely higher than that of traditional signs of the same size. However, traditional signs are rigid, and digital signs have strong interaction with users. At the functional level, the two are no longer at the same level. Therefore, the corresponding cost is also rising linearly. At least the touch screen is an important additional cost for Fei Zhong. There are other related software and hardware systems, all of which are traditional signs. No, so the cost of digital signage of the same specification is much higher than that of traditional signage. Especially in the guidance system, the pointing signs we are facing may be connected in a line, and it is impossible to indicate the path of the entire guidance system at a single position. If a digital sign is installed at each intersection, it is obviously It is unrealistic, not to mention the high cost, the effect may not be particularly good. This problem seems unsolvable. In fact, with the advancement of technology and the improvement of automation capabilities, the cost of industrial products is decreasing. In the future, we need to spend more energy on system optimization and technology, and the cost problem may be solved.